CAPSICE was a postdoctoral project led by Harry Zekollari at the TU Delft. The project was funded through a postdoctoral fellowship by the Marie Skłodowska-Curie Actions (MSCA), as part of the European Union‘s Horizon 2020 programme [Grant agreement No 799904].

The CAPSICE project aimed at further developing the Global Glacier Evolution Model – Flow (GloGEMflow) model to better represent the temporal evolution of glaciers and ice caps. In this project, GloGEMflow was used to create the first response time inventory of all glaciers in the European Alps and was also further modified and utilized to simulate the future evolution of glaciers and ice caps in Iceland and Scandinavia. Moreover, several intensive collaborations were started, which will result in further applications of the GloGEMflow model to other regions in the world (including High-Mountain Asia and the Caucasus, with final goal to have a global application). During the CAPSICE project, the GloGEMflow model was also used to perform new glacier simulations that are included in the second phase of the Glacier Model Intercomparison Project (GlacierMIP2), and as a part of new global estimates of the future sea-level contribution from all terrestrial landmasses – i.e. also including ice sheets (Edwards et al., Nature, in press). Glacier geometries modelled with the GloGEMflow model were also extensively used throughout various collaborations with hydrologists to study e.g. future shift in river flow and temperatures (find some publications on this here + several additional studies to appear soon). Finally, a lot of efforts were put into the dissemination of the results obtained with the GloGEMflow model during the duration of the CAPSICE project: for a (non-exhaustive) overview of outreach efforts performed, refer to ‘Outreach‘ tab.

Besides focusing on extension and applications of the GloGEMflow model, the CAPSICE project set out to take the first steps towards developing a 3-D ice flow model for large-scale glacier evolution simulations. This contrasts with present-day approaches, which typically rely on simplified models in which ice-dynamical processes are not included / or only along the flowlines (see Marzeion et al., 2020, for a summary of these models). By the end of the CAPSICE project (February 2021), a prototype model was up and running, allowing to simulate the future evolution of various glacier and ice cap geometries over time. This model will now be further developed and applied for real cases (i.e. real glacier and ice cap geometries) throughout upcoming postdoctoral projects (funded by the Fonds de la Recherche Scientifique and in the EU-funded project PROTECT). 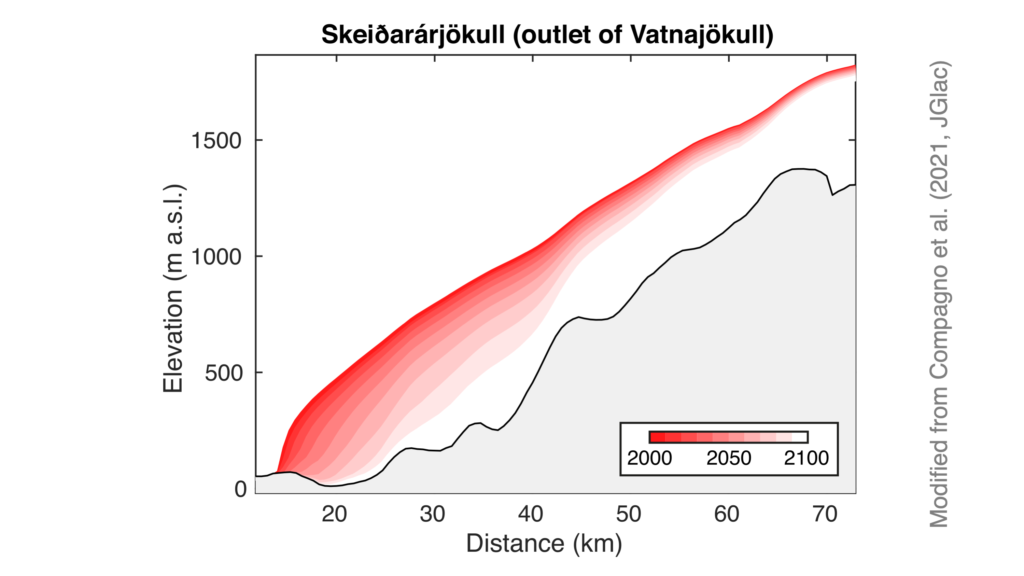 Example of the modelled future evolution of (a part) of the Vatnajökull ice cap (Iceland), as simulated with the GloGEMflow model. 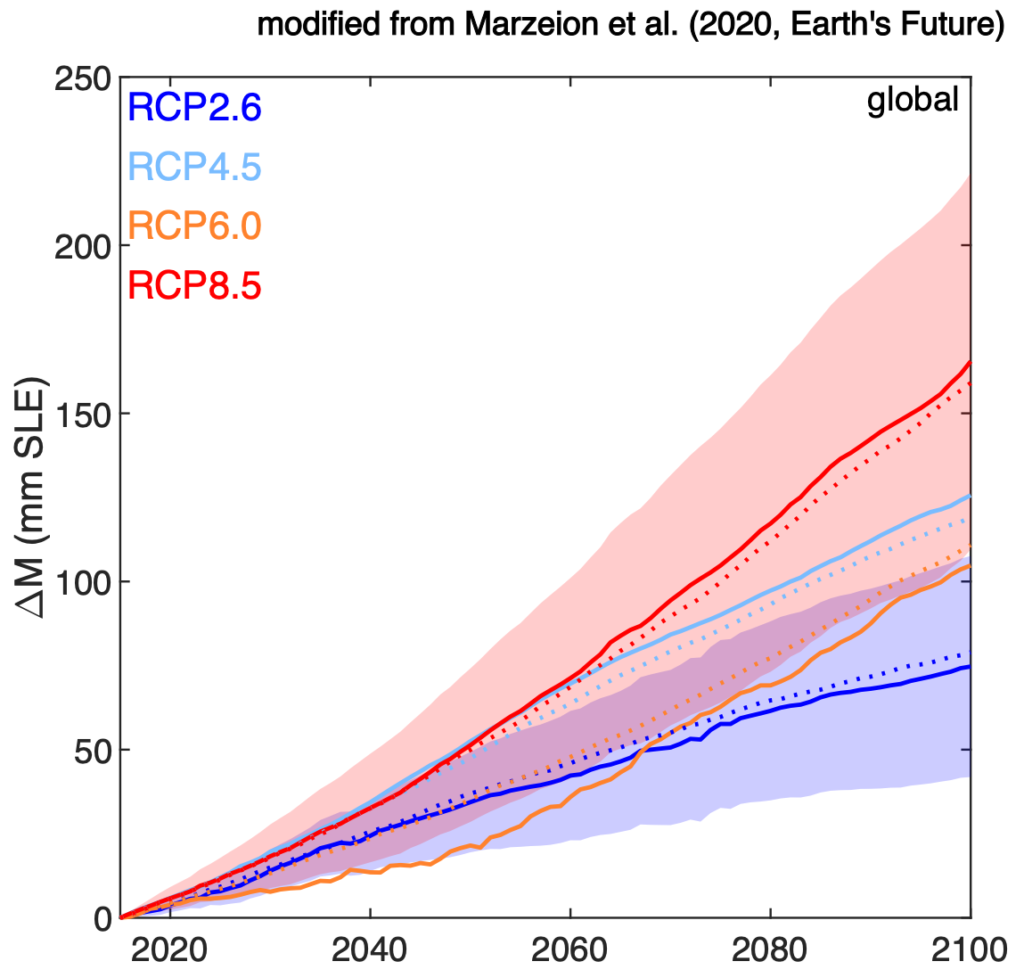